The dream began in 2007 when Larry learned that our soil and setting is well suited for a vineyard site. He spent the winter and the following months reading textbooks and attending educational seminars, absorbing all he could about developing and managing a vineyard, as well as building a winery. An oft repeated remark was, "It's a steep learning curve for an old buck like me!"

For several years he had been gathering berries and making various dry fruit wines, shared and enjoyed by family, clients and friends. The possibilities emerging from a vineyard project took this hobby to a whole new level! We (his family) all knew he was serious when the pasture fences, soccer field and ball backstop came down in the fall of 2008.

We contracted a soil scientist specializing in viticultural soils for a chemical analysis of the soil and recommendations for the best soil maintenance for our vines.

In mid-March, 2009, the ground was ripped both ways with a subsoiler, leaving huge clumps of sod which needed to be broken up with a disk and then plowed under. 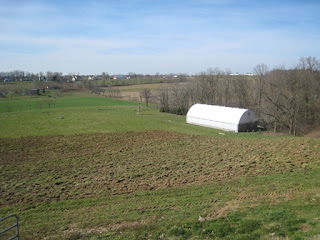 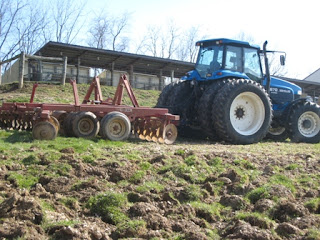 There were trees and brush along the perimeter that needed to be removed. 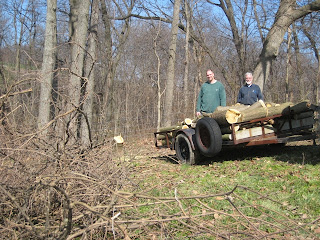 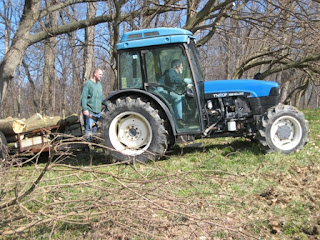 In April, there was more disking and harrowing in preparation for planting. The vines arrived from a nursery in California, 3150 of them, Cabernet Sauvignon and Merlot. 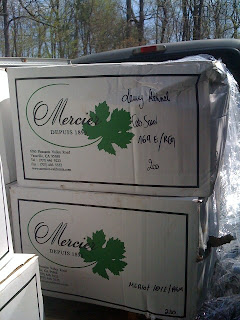 The vines were packaged in bunches. They didn't look like much, just roots and dormant grafts covered with wax. Larry literally held his hopes and dreams in the palm of his hand! 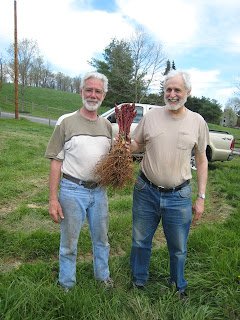